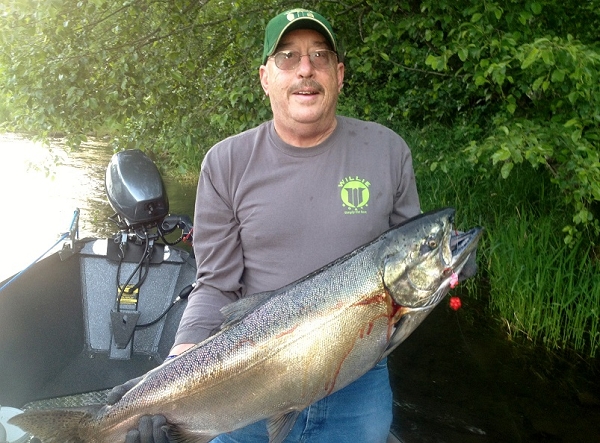 Both artificial salmon eggs and natural cured roe catch plenty of fish, but what works better and why? That is a loaded question that would draw out plenty of opinions from anglers on both sides of the debate. The truth is, any bait you choose will have pro's and con's and every angler needs to carefully consider both. Let's take a look at both choices and see what they have to offer.

Natural Roe: On the plus side, natural roe is just that...natural. Fish are used to seeing and eating it so there is no need to "trick" them into biting. Another plus about natural roe is that it has a natural scent that fish are attracted to. Because of this, fishermen choose to fish roe pretty often, but what about the downside to fishing roe? First off, good roe is not cheap, cheap roe is not good. This causes a dilemma for fisherman wanting to fish with good, cured roe; sometimes it's just not available.

One thing to point out however is that even good expensive roe doesn't stay on the hook very long, not to mention the fact that Squaw Fish (aka pike minnows) as well as small trout, freely feast on it as soon as it hits the water, leaving you with a bare hook in short order. Even without bait thieving fish in the area, you'll soon find that even a hard cast or fast water will cause the roe to come off the hook, again leaving your presentation empty and un-attractive to the Salmon and or Steelhead your fishing for. For years fisherman have just dealt with the negative side of fishing roe because it was the best option they had. You may be wondering, is there another option with the same effectiveness as roe? Let's take a look.

Artificial Roe: For several years now there have been different types of artificial salmon egg type clusters available in stores. Most of these baits have just not performed like we wanted them to, leaving anglers discouraged with artificial bait all together. Today, however, there is a better alternative available.

XFactor Tackle salmon egg clusters feature a realistic looking cluster of eggs and they come in 3 sizes and 12 different colors. In addition, these egg clusters come packaged with a natural shrimp and roe scent that fish just can't say no to. We also offer 10 different colors of Single Eggs in a jar with Anise oil scent, for those wanting a single egg presentation. The ultra-soft plastic used by XFactor Tackle floats so you don't need to use any sort of foam ball or other method generally used to float bait. When fish bite they hold on because the soft bait not only has a natural feel, it has a natural scent which makes fish just want to eat it. When properly rigged, an XFactor egg cluster will stay on the hook for a very long time keeping your bait in the water and in front of fish.

Many fisherman and fishing guides are switching from natural roe to artificial scented roe because it allows clients to be in front of fish all day long. Side by side comparisons show that artificials out fish natural roe consistently. It's easy to see why when you consider the fact that and angler using natural roe often finds his hook bare and needs to spend time adding more roe before he can cast again. Meanwhile the guy fishing artificial scented roe has had his bait in the water the entire time. The end result is that the guy fishing artificial scented roe was in the water longer and in front of more fish, giving him more opportunity to catch fish. Think about it, the time it takes a guy to add bait to a hook over the course of a day could add up to an hour or more. That's an awful lot of time to lose and that time lost results in a serious disadvantage.


Conclusion: Ultimately, if you’re not confident in what you are fishing you’re going to have a tough day on the water. Both methods work and both will catch you fish. Many fisherman and fishing guides have become convinced of the effectiveness of XFactor Tackle artificial scented roe. The evidence overwhelmingly shows that fish are convinced that the artificial scented roe is a real source of food which makes them want to eat it. If you’re tired of paying a premium for roe or just don't want to deal with the mess, give XFactor Tackle eggs a try, you'll be glad you did. 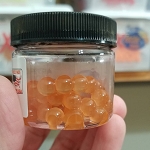